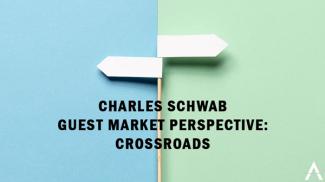 Amid signs of slowing growth, the economy has reached a crossroads on key issues: Will we see a recession or a soft landing? Will Russia's scheduled "maintenance" shutdowns of a key natural gas pipeline endure long enough to hurt Europe's economy? Will longer-term Treasury bond yields be more affected by inflation or by slowing economic growth?

We don't know when we'll have the answers, but some clarity may emerge later this month. Second-quarter earnings season begins soon, potentially providing clues about the strength of the economy and how well companies are positioned to deal with it. July developments around the Nord Stream pipeline may tell us more about Europe's access to natural gas later this year. And while another interest rate increase is expected at the Federal Reserve's July 26-27 meeting, markets are looking forward to hearing what Fed Chair Jerome Powell has to say about the economy at his post-meeting news conference.

Is a recession coming? Economic bulls and bears are debating whether the data point to slower but continued growth (a "soft landing," to use the Federal Reserve's terminology), or a recession.

The state of the job market is a battleground in this debate. The bulls cheered the June U.S. employment report. The economy added 372,000 jobs and the unemployment rate was at a low and steady 3.6%.

However, the picture changes if you look at the leading job market indicators, which historically have previewed coming economic trends. For example, at turning points in the economic cycle, the monthly employment report’s "household survey"—which includes agricultural, self-employed, and private household workers that aren’t included in the main employment data—tends to be increasingly important.

As you can see in the chart below, the household survey has fallen much more sharply than the still-strong nonfarm payroll survey over the past three months. The drop in the leading measure doesn't necessarily prove that payrolls are peaking, but if they are, it would be consistent with prior instances in which the household survey previewed overall weakness.

Other leading job market indicators, such as weekly initial jobless claims and layoff announcements, also suggest the job market is softening. Meanwhile, consumer and business confidence are suffering in the face of tighter monetary policy, faster inflation, and slower growth, reflecting the weakness in financial markets and the outlook for corporate profit margins. Because labor is often the largest cost for companies, creating more new jobs could prove challenging.

At the same time, stock prices and corporate profits have become more correlated in recent years. That doesn't necessarily mean a drop in share prices automatically portends lower profits, but it's worth watching the relationship.

Better (or worse) together

Company fundamentals are always critical, and the coming corporate earnings season is likely to provide some moments of truth for the market. Hopefully, managers' economic outlooks and forward earnings guidance will provide a clear sense of how well companies are positioned in this challenging economic environment.

One measure to watch for signs of weakening will be forward estimated operating margins. As you can see in the chart below, margins are off their recent highs but have largely trended sideways this year. A significant decline in margins would be consistent with prior market selloffs. Should that occur this year, we think it may be the catalyst for stocks' next move lower.

Source: Charles Schwab, Bloomberg, as of 7/8/2022. Past performance is no guarantee of future results.

Although Russia's invasion of Ukraine didn't immediately stifle European economic activity, the threat of a cutoff of Russian energy supplies to Europe remains an important economic risk. Europe's inventories of natural gas had been building at a typical pace for this time of year, after dropping to very low levels this past winter. As of July 9, storage was 62% full and on track to achieve a target of 90% by November, when winter heating demand typically begins.

On June 14, Russia's Gazprom cut natural gas delivery to Europe via Nord Stream, a pipeline running under the Baltic Sea, by 60%. This was purportedly to allow for maintenance work, to be followed by a scheduled interruption of supplies for 10 days starting July 11.

Officials in Germany, the country most dependent upon these flows, have expressed concern that gas deliveries may not return to normal levels after these interruptions, or that they might not return at all. In response to Gazprom's declaration, the German government raised the risk level in its national gas emergency plan to the second highest "alarm" phase, signaling disruptions but continued supply. They also announced the restarting of coal-fired power plants to conserve natural gas. Initiatives to ration energy, which would have considerable economic consequences, have yet to be announced. Direct restrictions on the use of natural gas kick in at the third and highest alarm level. Severe supply disruptions would have broad implications across Europe as Germany is an important gas hub for Europe, re-exporting on average more than 40% of its imports to neighboring countries.

If supply cuts are sustained, or worsened, and alternative sources can’t make up the gap, some rationing of gas may be necessary to reach the 90% storage target by November 1 and avoid a winter heating crisis. Additionally, because about 15% of German power is generated by natural gas (based on 2021 figures) and 40% of that supply typically comes from Russia, there is risk to about 6% of total electrical power generation.

If Nord Stream gas flows resume at a normal pace, the 90% target could be reached by reactivating some coal power plants and increasing imports of liquified natural gas from other nations. Rationing could be avoided.

If Nord Stream gas flows resume at only 40%, some economic impact may be felt. Germany's economy minister has said that any energy cuts would be targeted first at businesses rather than consumers. These might be direct users of natural gas such as the chemical and metal industries, which could slow economic output and potentially create supply-chain drags. Alternatively, reducing gas-powered electricity production by 2%-3% of total power generation and diverting those supplies to storage to reach the November target may be necessary. This has potential negative impacts to output for the large German automotive, mechanical, and electrical manufacturers reliant on a stable electricity supply.

In the worst-case scenario, if Nord Stream gas flows permanently cease in July, natural gas storage targets may not be achievable before winter. Deeper cuts totaling 6% of total electricity production might be needed to avoid a heating crisis, with greater impacts to industry and households. The German government would likely seek to lower demand by allowing natural gas prices to rise sharply, risking rising inflation and a recession. We will be monitoring Europe's access to natural gas closely as the July developments unfold.

Fixed income: Caught in the middle

Bond yields are caught between the prospects for inflation and recession. After surging to nearly 3.5% in mid-June when the Consumer Price Index (CPI) hit a 40-year high of 8.6%, 10-year Treasury yields have been trading in a volatile range around the 3% level. We expect the volatility to continue for the next few months. However, we believe that the impact of slowing growth and/or recession risk likely will drive long term yields, outweighing inflation concerns in the second half of the year.

With the Federal Reserve focused squarely on bringing down inflation, more rate hikes are likely in the second half of the year. We expect a 75-basis-point increase in the target range for the federal funds rate in July, and another 50-basis-point hike in September. At that point, the upper bound of the federal funds rate would be 3%, above the Fed's estimated neutral rate (that is, where policy is neither so easy that it risks inflation, nor so tight that it risks slower growth).

Because inflation is running far above the Fed's 2% target, it would make sense to move rates above neutral to get to a more "restrictive" policy. What we don't know yet is how restrictive policy will be. It's worth remembering that in addition to rate hikes, the Fed is also tightening policy by allowing its balance sheet to shrink. In other words, Treasury securities held by the Fed are being allowed to mature without the Fed reinvesting the proceeds (a strategy called quantitative tightening, or QT). Using QT should mean that the peak in the federal funds rate is lower than it would be if the Fed were relying on rate hikes alone to cool inflation.

The Fed's aggressive tightening risks tipping the economy into recession. Gross domestic product (GDP) growth was negative in the first quarter, and likely weak in the second quarter. Leading indicators of growth, such as housing activity, new business orders, and consumer spending all have turned lower in the past few months. Global growth is also slowing due to the impact on Europe of the Russia-Ukraine war, and China's stop-and-start COVID restrictions. Leading indicators suggest much slower growth in the world's major economies over the next six to 12 months.

Source: Organisation for Economic Co-operation and Development (OECD), as of June 2022.

Note: The OECD's work is based on continued monitoring of events in member countries as well as outside OECD area and includes regular projections of short and medium-term economic developments. Y-axis truncated at 95 for scaling purposes. For reference, 2020 low for the United States is 92.3, OECD - Europe is 89.0, and China is 82.9.

Source: Bloomberg.
U.S. Breakeven 10 Year (USGGBE10 Index) and U.S. Breakeven 5 Year (USGGBE05 Index). Daily data as of 7/13/2022 The breakeven rate is the difference between the TIPS rate and the comparable-maturity Treasury rate and is used as a gauge for what market participants believe inflation will be five or 10 years in the future.

The outcome of running a tight monetary policy in a slowing-growth environment is likely to be further flattening or inversion of the yield curve, underperformance of riskier segments of the bond market and a stronger dollar. The yield spread between two- and 10-year Treasuries is already inverted, which in the past has been a signal of a potential recession.

The spread between 2- and 10-year Treasuries has narrowed

Riskier segments of the bond market likely will struggle relative to Treasuries in the second half of the year. In the corporate bond market, yields on sub-investment-grade, or high-yield, bonds have been rising faster than Treasury yields. These bonds tend to be more sensitive to economic growth, with a higher risk of default in a rising-rate/slowing-growth environment.

Emerging-market bonds are underperforming Treasuries and developed-market bonds due to the combination of slowing global growth and a strong U.S. dollar. Many of the issuers have high amounts of dollar-denominated debt that is now more difficult to service, with their currencies declining versus the dollar. We see the dollar continuing to stay strong until there is more confidence that the Fed's rate hikes have reached peak levels.

The U.S. dollar has strengthened

Source: Bloomberg.
Bloomberg Dollar Spot Index (BBDXY Index). Daily data as of 7/13/2022. Past performance is no guarantee of future results.

As the tug-of-war between inflation and recession fears plays out in the second half of the year, we expect to see continued high volatility in the bond market, but also believe there is a good chance that the cyclical high in intermediate to long-term yields may have been reached. We suggest investors focus on staying in higher-rated bonds and gradually add duration to portfolios in anticipation of lower yields by year-end.