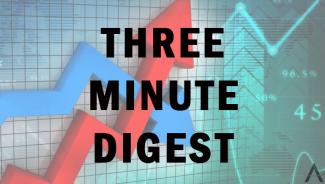 The brutal Russian Invasion of Ukraine has devasted millions of lives as well as the infrastructure of a land rich in natural resources and central to the economic health of Europe. Here in the United States, the markets face challenges with inflation data rising steadily for fourteen months and topping 40-year highs for the last four months. Discussions of recession are increasing, and we believe the term “stagflation” will soon be a topic for discussion.

Affinity Capital exited our positions in international markets in January and international emerging markets at the end of last year. We stated our belief that Russia would not move on Ukraine until after the Olympics as a gesture to Olympic host China. The 2022 Olympics ended on February 20th and Russia Invaded on February 24th.

In our January 26th Digest, we stated, “Mixed signals abound within the question of whether Russia will make advances on Ukraine. ….. vast energy, mining, and agricultural resources. Disruption of these industries through further sanctions or military conflict would have serious repercussions for world markets.”  The question is whether there will be a high enough level of economic turmoil to propel Europe into recession. Fourteen percent of revenue from the 500 U.S. companies in the S&P 500 come from Europe and dominoes could fall our way and further slow U.S economic growth.

A recession is defined as a significant decline in economic activity that lasts for multiple calendar quarters or even years. This includes rising levels of unemployment, falling retail sales, and lower levels of income and manufacturing. We do note that mild recessions are a normal part of the business cycle however our concern is when recessionary measures become extreme.

Inflation is a sustained rise in the cost of goods and services in an economy when the cost of energy, food, and most other goods and services rise faster than wages. A little inflation is a normal part of the business cycle, but a lot of inflation is obviously not favorable. As mentioned above, inflation data has been rising steadily for fourteen months and topping 40-year highs for the last four months. The Federal Reserve has kept interest rates excessively low since the 2008 mortgage crisis and our view is that they are behind the curve in managing interest rates. The rapid closing and opening of our economies due to COVID plus ongoing supply chain issues, energy policies exacerbated by Russia’s brutal war and trillions of dollars of government spending have all played a part in where we find ourselves today.

Stagflation is an economic situation in which the inflation rate is high and economic growth rates are low - recession combined with inflation.

Where We Are Now

Good question! That is what the markets are trying to predict and why they are so volatile right now. Our view is that inflation, which drives higher interest rates, is the main concern for our portfolios. We have seen indicators that signal recession, but these signals can lead a recession by 12 to 24 months. As of now, we do see slower growth this year, but cautiously do not see clear indicators of a recession in 2022. As the markets enter the period where corporate America will announce their first quarter earnings, we anticipate reasonable earnings announcements but are extremely cautious on the market reactions to the statements companies will make as to future earnings projections. We expect these to be less optimistic in most sectors.

As always, please feel free to call with any questions. We appreciate your business.