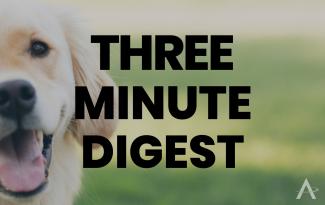 Interest rates are on the rise. Just like the prices at your supermarket, the cost of buying a house, a car or groceries and credit card rates are climbing. The Federal Reserve concluded their two-day September meeting by raising the federal funds interest rate by three-quarters of a percent. This is the third meeting in a row where the benchmark rates have been raised by this same amount as part of the continuing attempts to aggressively fight inflation. By making borrowing more expensive, the hope is to slow the economy. A slower economy is theoretically the answer to lowering demand which slows spending. If fewer people want to buy a product, in theory the price falls.

The Dow Jones Industrial Average sold off more than five hundred points following the announcement. We continue to hold the viewpoint that we are in a long-term downtrend for stocks and accordingly we are allocating approximately 50% of our portfolios in short-term U.S. treasuries and treasury inflation-protected bonds.

What to do with cash?

Many of our clients are asking what we plan to do with cash. We believe it is a great time to seed your investment accounts with additional funds since rising interest rates provide a better income producing scenario. Going forward, we are better positioned to take advantage of opportunities in the equity markets. In an effort to spur the economy forward after the 2008 mortgage crisis, interest rates fell to near zero. This created an extremely poor investment outlook for bonds. As interest rates climb in this battle to slow inflation, the income on bonds is more attractive. Keep in mind that the relationship between interest rates and the value of bonds is like a seesaw. As rates go up, the value of bonds go down and vice-versa. This is magnified by the maturity of the bond meaning that a one-year bond is less impacted than a thirty-year bond.

The yield or income on longer bonds is greater than the shorter bonds. If we borrow money with the agreement to repay the loan next month, the interest rate is small because the likelihood of repayment is great. If we borrow money with the promise to repay in ten years, the interest rate is higher due to the added uncertainty and risk. We are focused on short-term U.S. treasuries and treasury inflation-protected bonds of no more than three years due to their lower current level of volatility.

The Bond Market is speaking to us.

Historically this signals a coming recession, although we believe it is already here, which gives us the worst of both worlds – inflation and recession at the same time. The bond markets gave signals starting last year and rather than the typical buy and hold, we began adopting a defensive posture in the portfolios. This is a challenging environment, and we look for opportunities. We depend upon our knowledge and experience to navigate through this difficult time as we wait for the next bull market.

As always, please feel free to reach out to us with your thoughts and questions. We appreciate the opportunity to serve you.